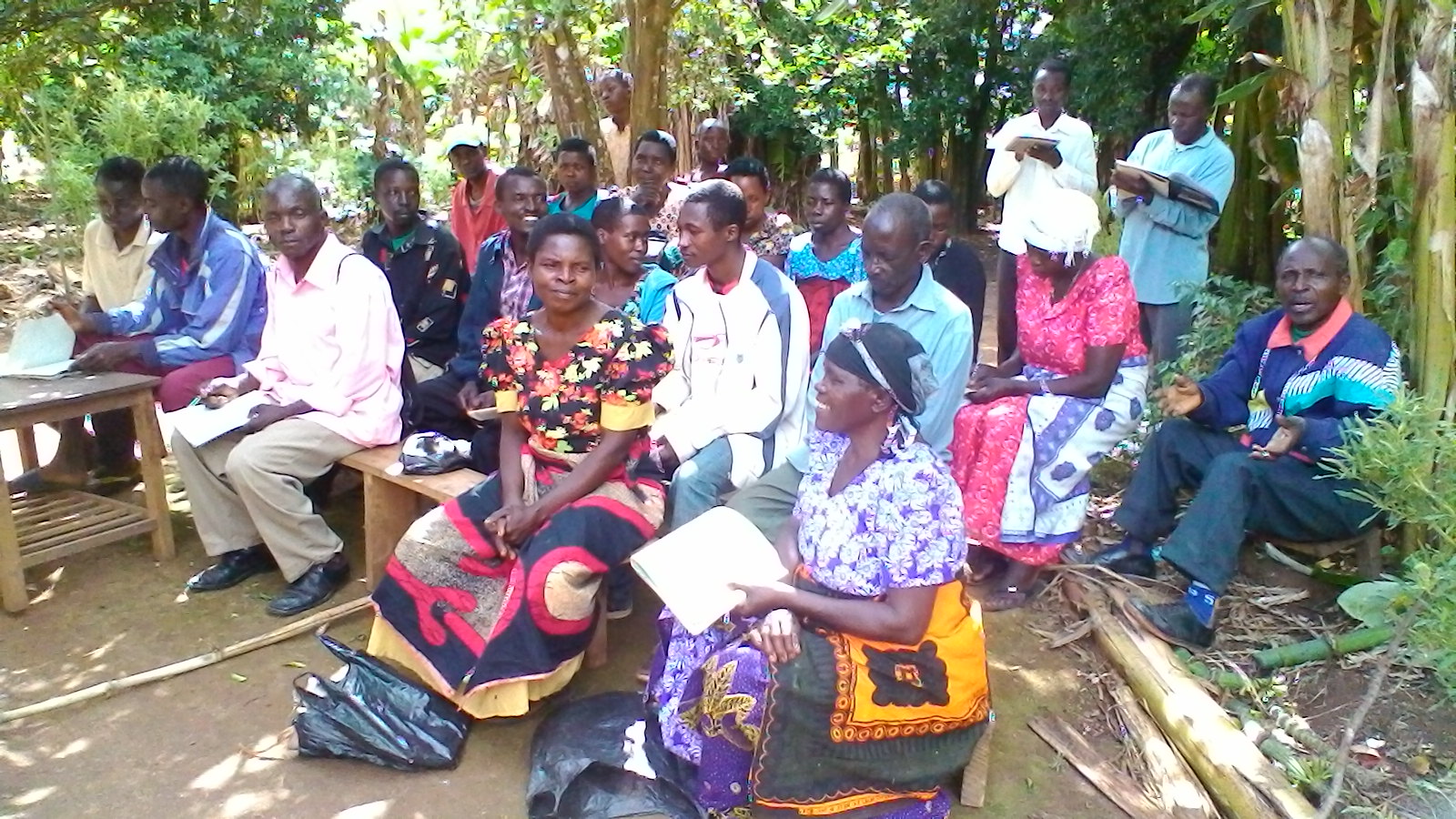 It is extremely important for the community to understand the potential maladies that could affect their cows and the proper treatment for maladies. In addition to providing milk, cows are a social capital booster, helping families work towards economic independence as they use the cows to generate income. Healthy cows provide the hope for a brighter, healthier future and will have a great impact on the lives of vulnerable children!

Both wards are reaping the benefits of their successful harvest by selling their avocados to the KUUZA Company and LIMA Company. Both companies service people in the Rungwe and Njombe regions. From harvesting and selling avocados, both wards combined earned a total income of 88,792,776 Tanzanian shillings, which equals $38,927.13 US dollars. This goes to show the incredible opportunities for co-op members to generate sustainable income just from an avocado tree. Avocado trees provide a delicious treat, a social capital booster, and an income!

Feeling inspired? Enjoy the amazing benefits of avocados with this quick and tasty recipe for five-minute avocado toast from Gimme Delicious! 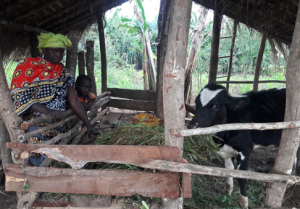 Kisondela Ward, TZ – Christina Anyosisye never thought she would own a cow. A subsistence farmer and mother of three, Anyosisye struggled financially. “I had wished to pay for my children’s school expenses, and also to buy a new piece of land and build a new better house for my kids, but I coul not afford to do so.” In her spare time she works at a local tea farm, where she earns 20,000 Tsh per month, equivalent to just 9 US Dollars.

Because of their financial struggles, Anyosisye’s family was invited to join an Africa Bridge cow co-op in her village. She met with other community members who were facing similar challenges, like taking care of most vulnerable children, and she attended an Africa Bridge agricultural training session. “It was my first training but I learned a lot of useful lessons, such as appropriate methods of taking care of a dairy cow, how to feed a dairy cow, calf rearing, milking, diseases identification and how to prepare a good fodder farm for a cow.” After training for several weeks, Christina Anyoisye received the first cow she had ever owned.

This cow is already pulling its weight. Says Anyosisye, “the cow is providing us manure and we apply it in our farm. One day my children will be drinking milk from this cow, and some of the milk will be sold in order to increase our household income.”

Beyond making ends meet, this new income will also help Anyosisye reach her long-term goals as well. “I will be able to build a better house than the one you are seeing now, and I will afford to cover my children’s school expenses.” Anyosisye says all this was unimaginable before. “It is like a miracle for me. I am really grateful to Africa Bridge for this great support for my family.”

Mama Shale lives deep in the southwest region of Tanzanian, Africa. She has been a participant in the Africa Bridge dairy cooperative program since 2008. Prior to getting involved with the Africa Bridge dairy co-op program, Mama Shale was barely making ends meet through subsistent farming. She was only growing enough food to feed her family, but not enough to participate in an economy. At that time, she was living in a mud house with a grass roof. Her daughter and seven children were sharing her tiny 500 square foot mud home.

Once Mama Shale became a co-op member, she received a female heifer from the dairy cow co-op named, Going Forward. All cooperatives are given names as is each cow.  Once Mama Shale received her first cow, she was well on her way to creating a better life. Her first calf was repayment into the co-op. Her second calf, a female, she kept. And, her third calf she gave to the Most Vulnerable Children’s Committee (MVCC).

Fast forward to 2012, Mama Shale was visited by the Africa Bridge team, and the changes and her success were evident. Mama Shale no longer lived in a mud hut with a grass roof. She now lives in a roughly 1,200 square foot concrete home with a tin roof and windows. Because of her economic advance, Mama Shale was able to build a bigger home, supply her children with the food and necessities they needed, and was able to take in more of Tanzania’s Most Vulnerable Children. In fact, she welcomed four additional children into her home without any threat to her own family’s existence.

Mama Shale’s participation in the cooperative program generated both hard and soft benefits; benefits that extend to all cooperative members. The hard benefits are basic needs that must be met, such as perpetuating an income, proper housing, food and clothing, education, and medical care. The soft benefits include participating in the modern world (Mama Shale recently discovered cell phones), and skill development and training (computers and software education). Because of this additional knowledge, Mama Shale gained considerable advancement in social standing.

Women typically are not at the forefront within the Tanzanian culture, and generally don’t get the opportunity to be in authoritarian positions. For example, in a village meeting prior to the development of a cooperative program, women would sit quietly in the back and not speak. However, women that began participating in the program, gained respect and social inclusion, moving them to the front row and speaking at meetings.

Why? Each co-op has an executive committee and Africa Bridge mandates that no governing body can be less than 50% women. This has begun to shatter gender gaps in Tanzania allowing women economic and social advancement. In fact, roughly 75% of co-op participants are women; women tend to be natural caretakers, and caring for a MVC is the most critical co-op requirement.

Women that participate in Africa Bridge cooperatives also develop skills and education on how to run a co-op, manage money, administration and record reconciliation, all of which give credence within the community. Since cooperatives are democratically run, many women branch out beyond the cooperative and get involved in community politics. Land ownership by women has also increased through cooperative participation.  Although Africa Bridge’s mission is primarily focused on caring for Tanzania’s Most Vulnerable Children, the side effects of female advancement is a welcomed transformation.

Cooperative programs give its members a sense of identity, belonging, and community.  Members are not separate people anymore, and are not alone in their battle with poverty. They understand that together, lives can be transformed. Like Mama Shale, members feel part of a larger entity that benefits the community, and ultimately benefits the Most Vulnerable Children.

Mama Shale is grateful for her participation in the dairy cow cooperative and how a single cow transformed her life! By giving the gift of one cow, you too, have the power to change a life.

Elsie Kanza has been named on of Africa’s most influential women. What an accomplishment in a sector that is still largely male-dominated. She is an inspiration to young girls everywhere interested in public service!

Kanza  has a history in banking and finance, and has accepted a position in the World Economic Forum, where she is Director and Head of Africa Region. In this article, Kanza discusses how her new role will give her the opportunity to help address the challenges that Africa faces. In the article, Kanza’s continued dedication to promoting leadership in young people also shines through.

No, we’re not talking about Martha Stewart, but our very own Martha Mmbando! She’s Africa Bridge’s Tanzanian Program Manager… and a fantastic cook!

We thought it would be fun to get a little insight into what Martha’s typical day looks like where food is concerned. Martha told me that in the morning she loves to cook plantains (mafufu in Swahili) or yams and sweet potatoes. These all go well with yogurt and make for a delicious breakfast.

Martha is always busy either in the office or out in the field and she’s got very little time to prepare lunch. So during her busy days Martha brings in chicken and chips.

Dinner for Martha and her family normally consists of rice cooked in rich coconut milk with green peas, fish, vegetables and kachumbari (a fresh tomato and onion salad dish) or chachandu (a tomato-chili relish). And over the weekend, when there’s a bit more time, she’ll cook nyama choma (roasted meat) or mishikaki (kebabs) of different varieties including fish, beef, goat, pork, and chicken.

All we have to say to that is,  yummy! Learning about new food is pretty cool– especially when it’s straight from someone as awesome as Martha! 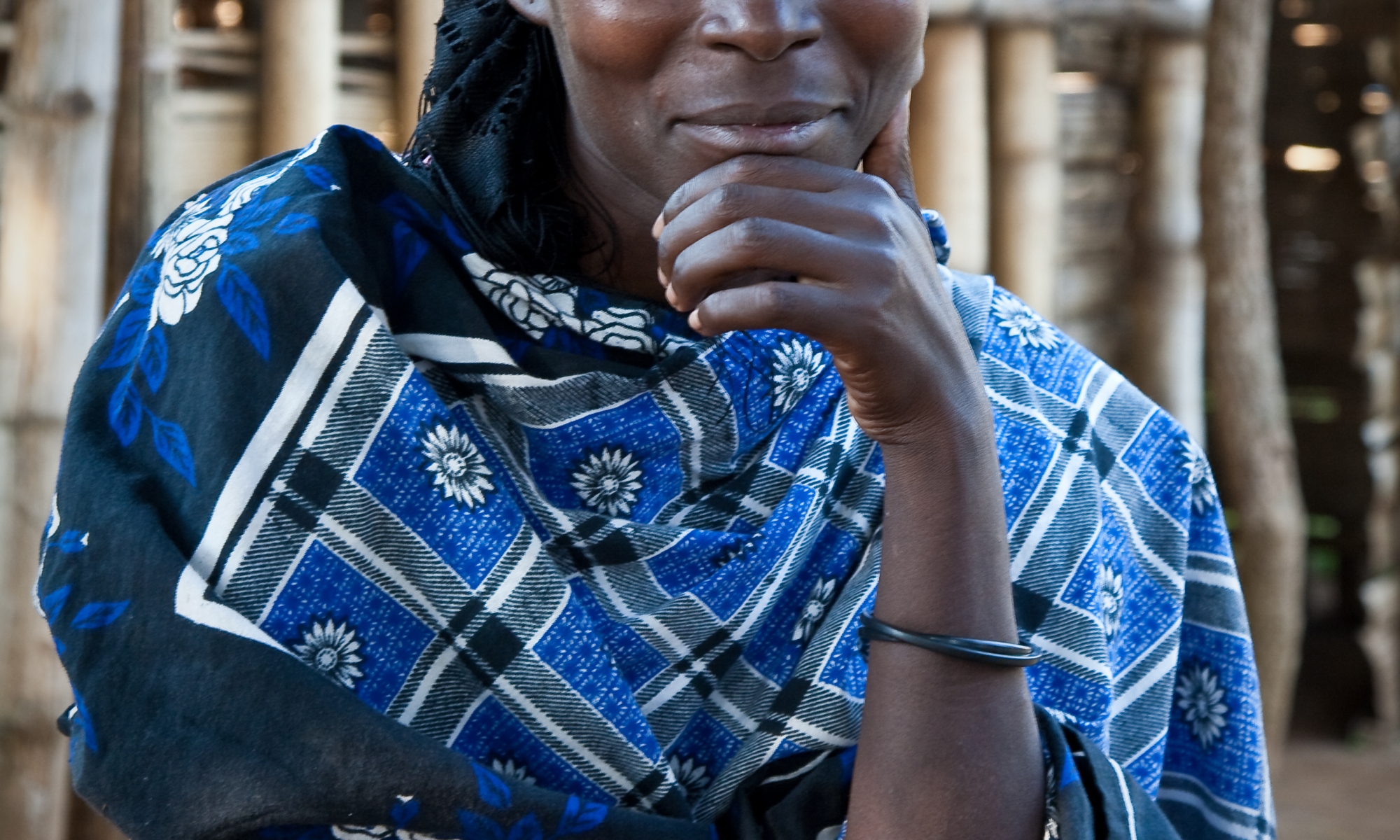 A break from our normally scheduled programming to bring you some pictures of pretty ladies. Many rural Tanzanian women can be seen wearing their ‘kangas’– gorgeous wrap dresses and blouses that really stand out! Versatile by design, they can make beautiful clothing, be used to carry babies or even serve as decorative tablecloths and wall hangings. The patterns can carry family traditions, have tribal significance or can simply be artistic and expressive. Some women also wear Kitenges, which are very similar to Kangas, only a bit fancier.

A kanga serve as an instrument of expression in more ways than one- not only do the kangas allow women to express themselves and their style through the bold colors and patterns, but kangas usually have text written along the top or bottom border of the cloth. These can be traditional sayings, messages, or even a spicy phrase. A kanga may also make a political statement from across the globe– since President Obama’s election to office, many kanga designs have integrated Obama’s picture into them. Nice!

Take a look at these stunning women!